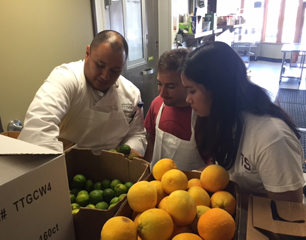 We have a bright future ahead of us at ROSIES, namely our 4Purpose Ventures that we hope to get up and running as soon as we get all of the support we need to bring our visions to fruition. Until that happens though, our CREW is not just lounging around! As we know, you gotta work hard to play hard–not the other way around. So during this time, our first CREW cohort is getting some hands-on job experience with some partnering local businesses.

Our co-editor, Miya put pen to paper (or more accurately, fingertips to keyboard) to reflect and give us the behind-the-scenes scoop on her first day at the New School of Cooking: 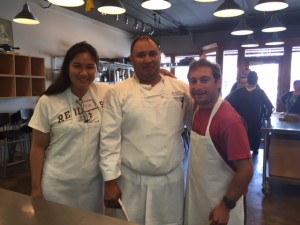 When I first entered the New School of Cooking as an apprentice I had no idea what to expect. I had never been inside the kitchen of a professional cooking school before, so I didn’t know what kind of jobs we would have to do. At the same time, I was excited to work with professional chefs and learn a few things about their job. 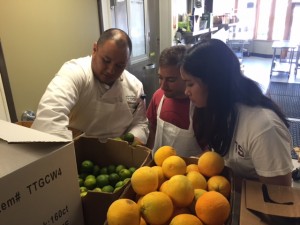 We got inside and greeted Pamela, the executive director of the New School of Cooking. She introduced us to Gerard, one of the chefs at the school b0nyna4. He needed help preparing trays of ingredients for a class, which Andrew and I were assigned to do after washing our hands and putting on aprons. Gerard gave us a list of all of the ingredients he needed and their respective quantities, and demonstrated to us how to use the list. The baskets of ingredients were already within easy reach, so all he had to do was check the quantity of an item, grab as much of it as he needed from its basket, and place it on a metal tray. 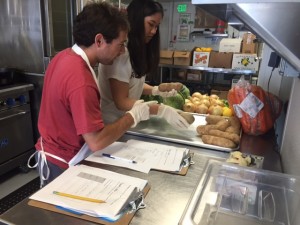 Andrew and I learned by observation and followed the same steps to finish getting the trays ready for the upcoming class. When Chef Gerard checked our work at the end, he was very impressed, and I felt that I’d really helped him out with a crucial part of his job. 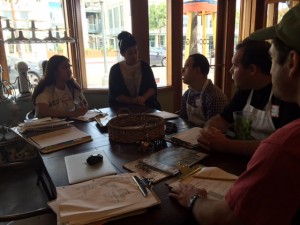 After a short break, all four of us washed the kitchen windows, inside and outside. Washing windows is such an easy thing to do that we jumped into the task and didn’t pay attention to our execution. But Gerard sure did, because he watched us wipe the windows using circular arm movements.

What were some of your experiences the first day at a new job? Share in the comments below! 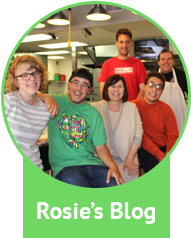 What We Learn at ROSIES: Skills to Use in a Workplace